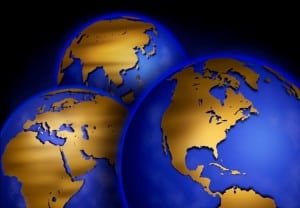 For those of you who engage in international business, everyone knows that international negotiations are much more complex than domestic negotiations by the fact they  involve different languages, different cultures and perhaps different views of the world.  Culture will determine how companies or organizations and their negotiators look at or perceive negotiations.  Certain cultures or societies will have a greater risk tolerance than other groups or countries.  Some cultures will look at the future differently, or will value compromise differently. Some societies promote problem solving while others promote individualistic goals with little concern for the other side.  Negotiating with other countries or cultures can lead to a clash of values, disagreements over the meaning of words, confusion over inaction or action, and of course failed negotiations.  That is why not only communications across culture is difficult but why language itself is key in international communications.  Having a good grasp of your counterpart’s langauge may determine success or failure.    Knowledge of one’s counterpart or customer’s language in an international setting is very important for many reasons. For example, it helps avoid the potential for miscommunication, confusion and misunderstanding of issues.

Remember- just becasue your counterpart may understand your langauge and even negotiate formally in your langauge doesnt mean and the end of the day that the nuances of the deal are adequaltey reflected in your term sheet or that your countrparts are not negoiating in their own language at a certain level.

Not too long ago, when you asked someone in the

In international business it pays to appreciate other cultures or

Arbitration in Korea- A new arbitration hub in AsiaAnyone doing

International Negotiations- Do You Understand How Important Culture Is?

International Negotiations-Negotiate At Your Own RiskAs more and more companies

The Future Of The Korean Legal Services Industry

The Future of the Korean Legal Services IndustryBy Bryan