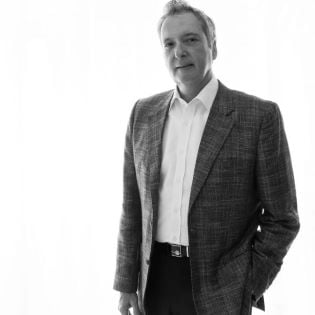 I am currently enjoying the view overlooking the beach from the balcony of my condo in Busan. Everyone is coming out now that the weather is getting warmer.  People are enjoying the beach.  Boats are everywhere and people are flocking to the pubs lining the beach.  Everyone appears to be having a good time.  Even though I spend time thinking about my retirement and my upcoming trip to the US, I am caught up in the news surrounding the Russian invasion of Ukraine and the current devastation Russia is inflicting on its neighbor.

What has surprised me about the Russian invasion which should have been foreseen by NATO countries and even the Ukraine prior to the actual invasion (the US intelligence services accurately forecast the invasion several weeks prior to the actual invasion) was that it was missed by almost everyone.  Most countries and even companies thought Putin would not invade and when it happened were caught flat-footed.   Why?   When geopolitical risks are potentially catastrophic, why did the world miss it ? The invasion has resulted not only in increased gas and commodity prices (already increasing), the destruction of the Ukrainian and Russian economies, loss of life, and destruction of property, but serious blows to the multinationals and companies doing business in Russia.  And of course, countries are scrambling to find alternative sources of food supply as Russia and Ukraine are major exporters of wheat and fertilizer.

Perhaps one reason for the failure to seriously acknowledge the major geo-political risk faced by many….i.e. the Russian invasion is best described by Erudite Risk in its South Korea  DRB  Risk Report as “normalcy bias”.    People and companies tend to view risks as minor when things seem to be normal.   What was true yesterday and is true today will be true tomorrow.  If things seemed normal yesterday and still seem normal now they will be normal tomorrow.  As Russia did not invade Ukraine since taking Crimea, no one thought Putin would go in.  Since Europe seemed to be stable in 1938 the West did not think Hitler would invade Poland and start a World War.  Multinationals did not seem to pay attention to geopolitical risks after Crimea.  Why would Putin invade Ukraine?  Things seemed rather normal one month or two months ago even though there were a few disturbing signs that all was not well.

If companies and governments took a closer look at Putin, his beliefs and his military buildup, geo-political risks in Europe should have taken center stage.  But it appears that this was not the case. So, when I think about risk issues facing companies, organizations, and even countries, the major question that should be on everyone's mind is whether or not they have adequately addressed all major geopolitical risks facing them.  Are supply chain issues adequately addressed?  Are logistics issues addressed?  What about sources of supply?  And of course, from a contractual and insurance standpoint, are those issues addressed?

For companies doing business in South Korea, the threat of war is always a risk they face.   Seoul is not far from the DMZ and any altercation between North and South Korea would have an immediate impact upon Seoul and its surrounding cities.  Companies doing business in South Korea not only have many risks to think about such as operational risk, market risk, legal risk, and financial risk but geopolitical risk as well.  Therefore, a company contemplating a business project in Korea must at least on a tactical level consider the implications of geopolitical risk as well as everyday market risks. However, I think there is a sense of complacency affecting those doing business on the Korean peninsula.  Companies may talk about potential risks but I don’t see a sense of urgency.

Considering recent geopolitical events, many companies should review old risk management policies and procedures, in case of updates, are needed. Of course, some risk management processes that should be reviewed are not being considered as they are viewed as too expensive or impractical.  Such is the case with political risk insurance.