South Korea's Geo-Political Risks and the Supply Chain. Are You Prepared? 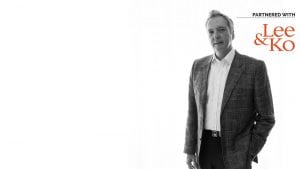 Recently, a number of airlines have announced plans to cancel flights to South Korea due to the corona virus outbreak. Korean companies such as Samsung and LG have had to shut down production lines in some of their Korean based plants as well, causing a cascading number of economic issues to impact Korea’s economy as well as the world’s supply chain. Much of the world’s high tech based supply chain is based in Northeast Asia ( China, South Korea, Japan, etc.) and the negative effects of the corona virus can be seen everywhere. As a major supplier of memory chips, cell phones, computers, consumer electronics and home appliances, any disruption in Korea’s economy spells trouble for the rest of the world.

Until recently, for companies doing business in South Korea, the most pressing geo-political risk was the threat of war. Seoul is not far from the DMZ and any altercation between North and South Korea would have an immediate impact upon Seoul and its surrounding cities. However, the impact of the current virus, drives home the fact that for companies doing business in South Korea, not only do they have to think of geo-political risk in terms of war, but as health emergencies and pandemics as well. Therefore, a company contemplating potential business projects in Korea must at least on a tactical level consider the implications of geopolitical risks as well as everyday market risks such as financial, legal and operational risks.

Considering recent geo-political events, many companies should review old risk management policies and procedures, in case updates are needed. Companies are only now beginning to realize they are not prepared to handle the escalating risks caused by the corona virus. Of course, what happens if there really is a true global pandemic? Many companies are not prepared for that. Some risk management processes that should be reviewed are not being considered as they are viewed as too expensive or impractical. Such is the case with political risk insurance.

Companies face many kinds of risks when engaged in offshore projects; of course geo- political risk is one of them. This comes about when a government changes its policy, ideology or even itself which creates instability, disorder, war, strikes, riots, etc. Or of course health risks that effect the region. What must be done to manage such risks? Political risk insurance comes to mind, but some forms of political risk insurance that are offered by capital –exporting nations ( such as OPIC, etc.) is subject to politically motivated conditions or motivations that may not take the needs of the investor into account. Case in point- OPIC can only operate in countries which have a bilateral investment treaty with the US. If you are a US investor trying to invest in a country which lacks a bilateral investment treaty with the US- you are out of luck when trying to obtain political risk insurance from OPIC. This is true of outer countries which supply similar political risk insurance through export development programs.